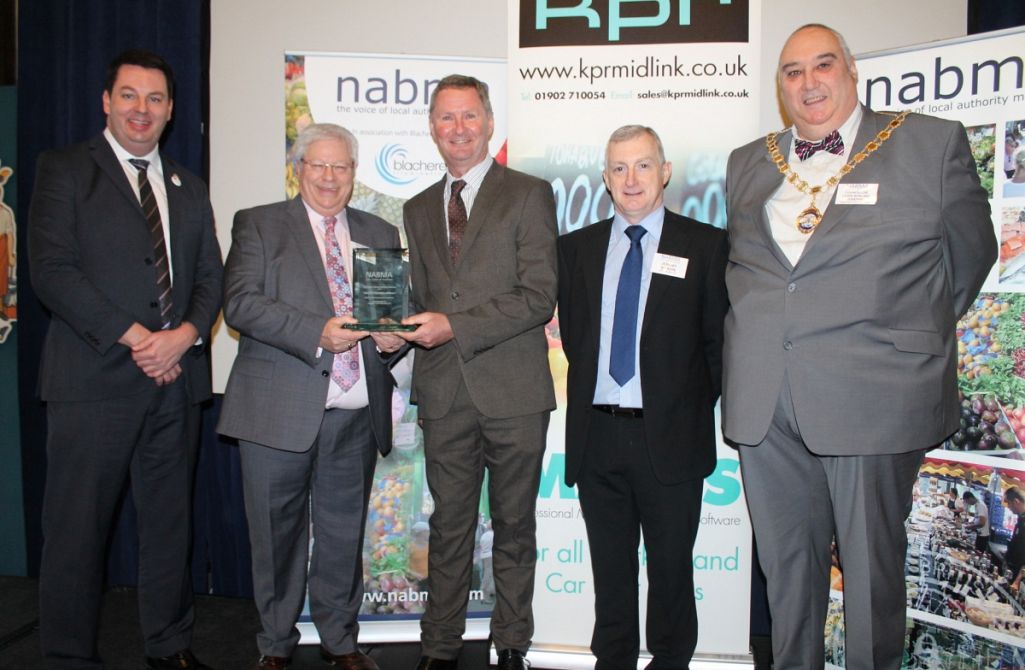 The markets industry gathered this week in Birmingham for the National Association of British Market Authorities Great British Market Awards 2017, regarded by many as the jewel in the crown of industry awards. At this year’s ceremony, attended by Markets Minister Andrew Percy MP, Market Place, the UK’s largest specialist market operators had cause for celebration as the company took the coveted title of ‘Best Large Specialist Market 2017’ for the design and delivery of Exeter Christmas Market.

The judging panel that included a representative from sponsors KPR Midlink, Councillor Rosling Josephs, NABMA President and Kirsty Flatt of Market Trade News, deliberated over a highly competitive category. However they were unanimous in their decision to award Exeter Christmas Market the title of ‘Best Large Specialist Market’

Presenting the title they noted that Market Place had overcome huge challenges just weeks before the Christmas Market event took place and they were impressed how the team, working together with Exeter City Council, the Cathedral Trust, fire safety officers and the business community affected by the fire, were quickly able to adapt to provide a safe trading environment and a market which went on to be a great success.

After the fire, which destroyed several historical buildings in Cathedral Yard including the much-loved Clarence Hotel, there was concern that the market may not have been able to go ahead.

“The fire in Cathedral Yard presented unexpected challenges, specifically having to reconsider the layout so close to opening. We were determined that as long as the safety officers and Council could approve new plans, we would bring our market to the city in a bid to encourage people to visit the Cathedral area not only to enjoy the market, but to support businesses which have been adversely affected. We also wanted to ensure that our new layout did not compromise the visitor experience and we are content that we created a great alternative to the original.”

Local businesses in the area were offered opportunities to trade and publicise themselves in an attempt to help them recoup some of their lost earnings. One of the businesses that joined the market in a chalet donated by Market Place was Gemstar, an independent jewellers who normally trade from a 750 year old building in the Cathedral Green area. Whilst their building was not damaged, it remained closed for a number of weeks. Also offered was a special chalet for the use of independent traders in the Cathedral area who had been closed since the fire took place. The chalet hosted a number of different retailers across the duration of the four-week market.

With a combined experience of Markets delivery spanning over 100 years, Market Place are known for their high quality markets. They are also increasingly celebrated for their ability to delivery large-scale events and it seems 2017 will be no exception.